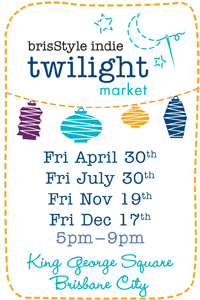 Watch out for the exciting BrisStyle Twilight market happening tonight in King George Square, Brisbane. It runs from 5.00 to 9.00pm and features an array of gorgeous handmade goodies!

I have several new pieces that will be on display for the first time - most not even photographed yet. To whet your appetite here are a couple that I have managed to take pictures of: 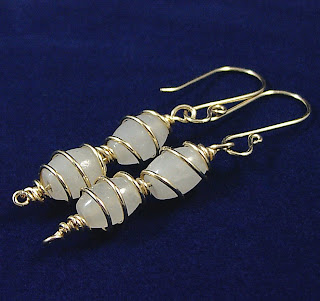 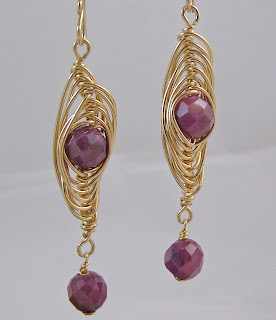 Ruby and Gold Earrings
No comments:

Just a quick post to let you know that due to the number of spam comments I have been receiving, all future comments will be approved before they are posted. Thanks for your understanding.
No comments:

The fusion of different layers and frits of glass has become quite popular in recent years with many designers now making their own fused glass creations. The swirls and combinations of patterns and colours can really look quite amazing.

While I have not ventured into this area yet I have used these pieces, bought from the makers, to create some of my jewellery. The two following pieces both use fused glass centrepieces created by Wendy of Guru Creations: 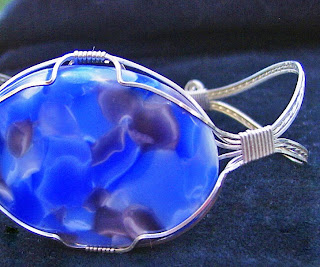 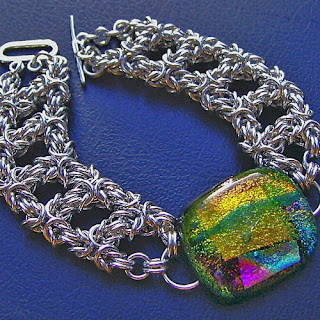 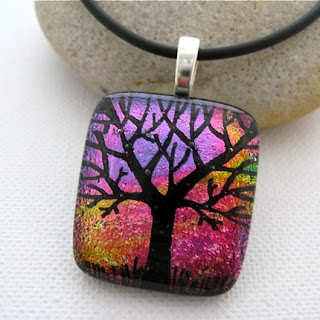 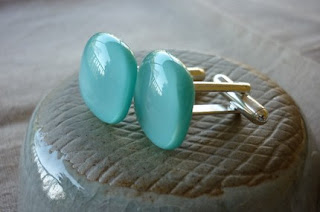 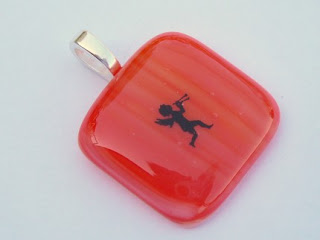 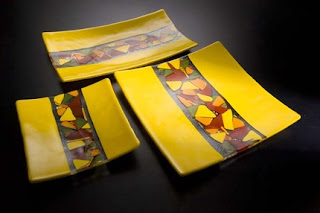 The countdown is on to the next exciting BrisStyle Market, the twilight market to be held at King George Square in Brisbane on the 30th July from 5.00pm.

In readiness for the market I am have been gradually expanding my range of precious metal clay earrings. In each pair of these earrings the motifs are handmade with PMC in fine silver. Some of my new stock of earrings, soon to be online too are as follows:

Fine Silver Heart Earrings with Swarovski Crystals, one pair in Caribbean Blue and one pair in Fuchsia; 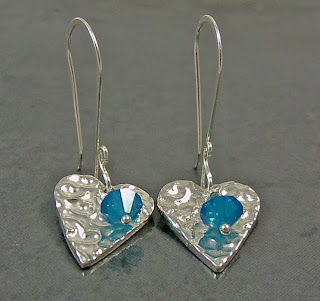 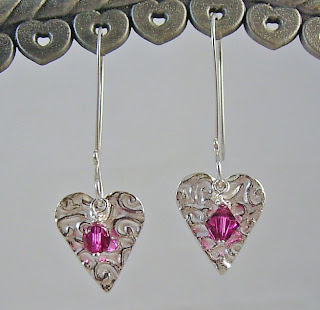 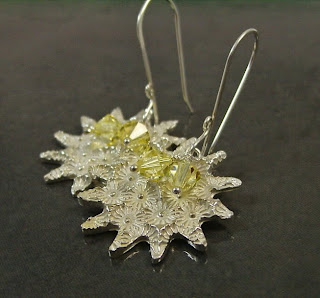 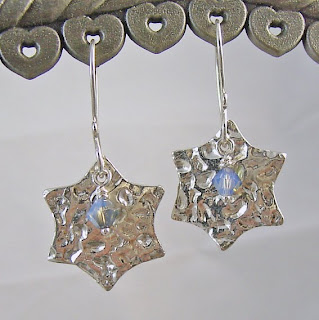 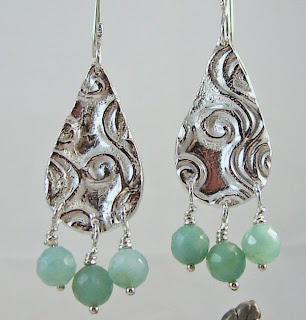 The Ruby is one of the four main gemstones, the others being Diamond, Sapphire and Emerald. Known for its luscious rich red colour the Ruby is considered to be one of the desirable and passionate gemstones on earth.

It was not for no reason that the name 'ruby' was derived from the Latin word 'rubens', meaning 'red'. The red of the ruby is incomparable: warm and fiery. Two magical elements are associated with the symbolism of this colour: fire and blood, implying warmth and life for mankind.

My first foray into working with rubies has produced this newly listed pair of Ruby and Gold Herringbone Earrings. Made with 14k gold fill wire, the rubies create a gorgeous rich contrast to the yellow colour of the gold. 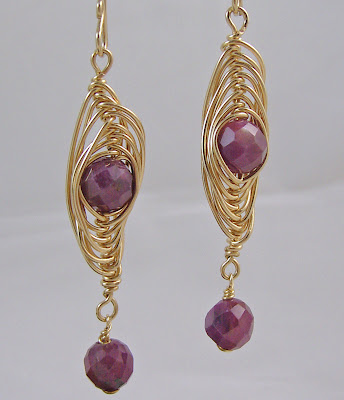 Here are some more examples of gorgeous ruby jewellery from the JETs. 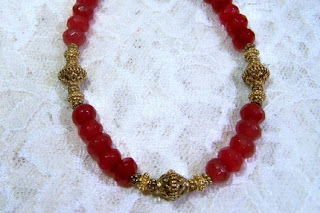 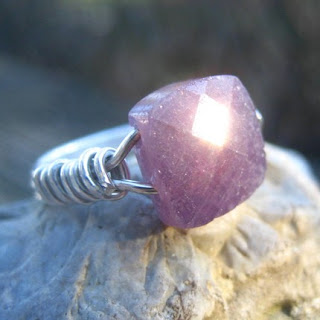 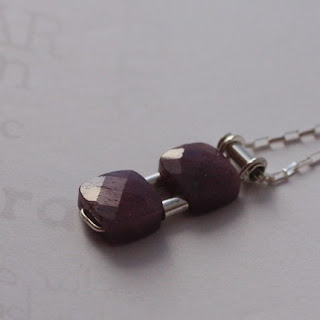 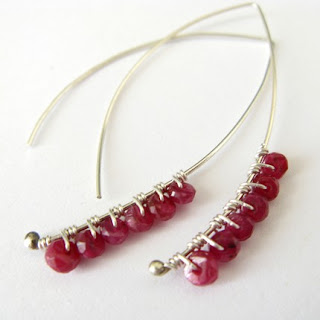 Its been a while since I've been doing regular posts but I am hoping to get back to being a bit more regular now. It seemed a good idea to pick up my Sunday Themes again, so this Sunday I am starting with Lemon.

Lemon, or pale yellow, is not a colour that is used often enough, as it is such a lovely, delicate, summery colour.

One of my own pieces in lemon is my Lemon Chrysoprase Wired Pendant. 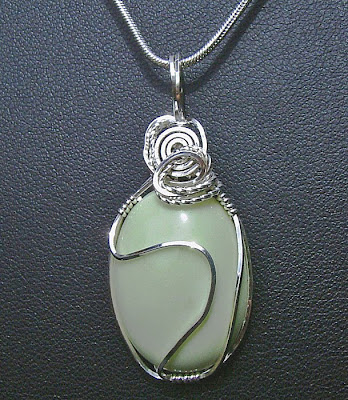 Here are some other lovely finds in lemon:

From the JETs, are these gorgeous Lemon Chiffon - Vintage Glass and Sterling Silver Earrings by MCRDesigns 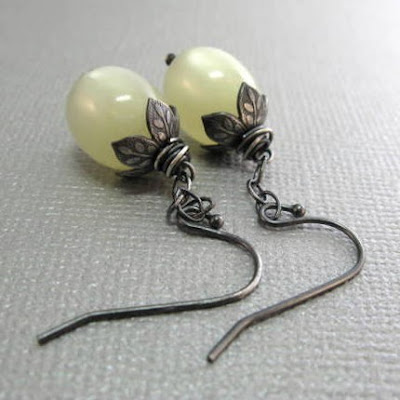 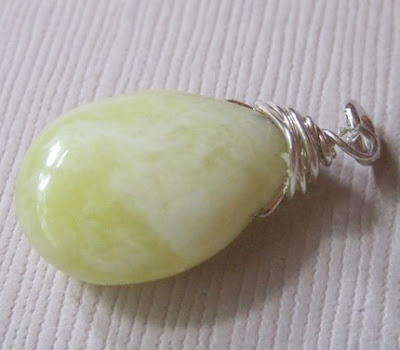 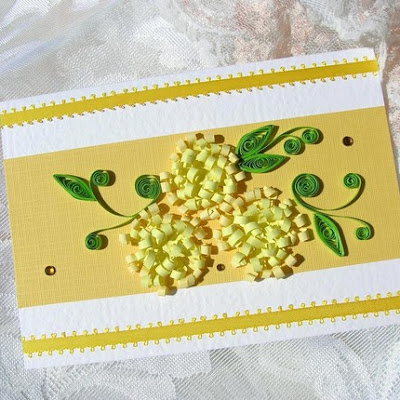 and this delectable looking Lemon Verbena CP Soap by Lyn4078 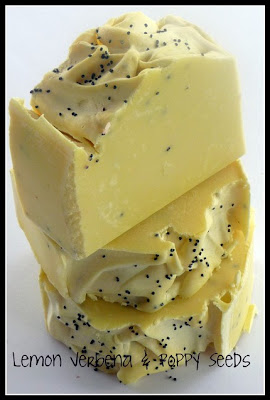 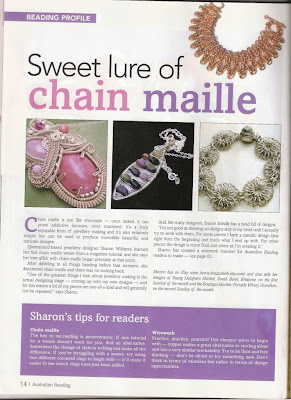 I was very excited a few months ago to be contacted by Kelly, the editor of Australian Beading Magazine. She had been attracted by me designs in my Etsy store and wanted to do a feature in an upcoming issue of the magazine. Of course I said yes! So, that edition has now arrived, and I am one of the two designers featured in the June/July edition of the magazine! Its so exciting to see my designs in print. I also have a tutorial featured in the same edition.
5 comments: 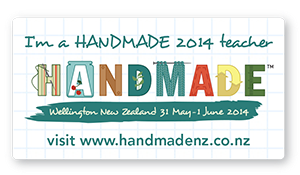 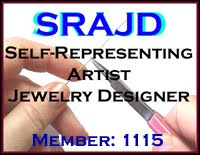 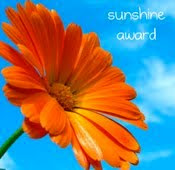 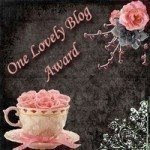 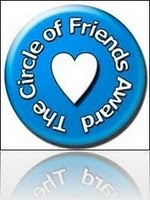